Gender in Communications: Beyond Binaries as Usual 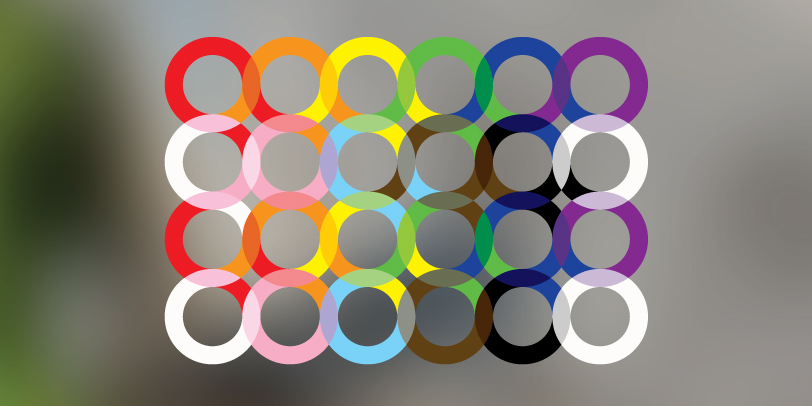 Like many with uncommon first names, I am often misgendered over email; when I show up to meetings, there’s a flash of confusion, some clients even admitting they were expecting to see a woman.

All workplaces, especially hybrid ones, are poised for gender slipups. But are these slipups due to hybrid work, or are they moments plucked out of the larger systemic weaknesses that workplaces have when communicating with, through, and about gender? Do leaders have the language to recognize two-spirit, lesbian, gay, bisexual, trans, queer, intersex, and asexual (2SLGBTQIA+) employees, or is that simply not their concern?

These questions fall into a complex matrix of “understanding gender in communications” and may not have tidy answers. But to begin the necessary work of learning and trying to do better, Livewire spoke with Dani Gomez-Ortega – Senior Manager of Diversity, Equity and Inclusion at Loblaw Companies Limited. Gomez-Ortega’s lived experience as an immigrant, transgender Latinx woman with a disability informs her commitment to inclusion.

The enlightening conversation surpassed the discussion of pronouns and moved toward larger themes: reducing barriers for 2SLGBTQIA+ employees, appreciating the power of communications to support marginalized people and undo binaries, and using humility to bridge the gaps between the many mistakes we will make and the paths forward.

Creating invitations and space for inclusion

We begin with the discussion of pronouns – to add or not to add in the digital signatures of emails and profiles? Gomez-Ortega, who uses she/her/they/them pronouns, answers: “Create an invitation and space for people to share, but don’t make it a requirement. Pronouns are not the be-all and end-all.”

Moving from “requirement” to “invitation” feels like a compassionate compromise; after all, some people may not want to share their pronouns, believing it “outs” them in contexts they may not feel supported in.

Gomez-Ortega adds: “Pronouns are a great first step – acknowledging people’s identities and the respect that everyone deserves from being seen as how they want to be seen – but it’s just a step. In fact, it’s the bare minimum that cis people can do. There are many more steps left for people to be as inclusive as they need to be.”

In other words, inviting people to share their pronouns is the tip of the iceberg. What lies in the waters beneath is a more concentrated effort to develop safe spaces for all, regardless of gender identity.

For Gomez-Ortega, “safe space” is an overused cliché that has lost all meaning. What’s more important is fostering “supportive spaces” – spaces where people are seen, valued, and heard, regardless of who they are.

Noting that 12% of millennials in the U.S. identify as trans or nonbinary, she wants to remind organizations, “We’re here, even if we don’t feel comfortable being ourselves.” In Canada, about 4% of the population are 2SLGBTQIA+, almost a third of whom are under 25. A new generation will come to work, and soon. Organizations need to create supportive spaces now and for the emerging workforce if they want to attract the best talent and if they’re truly committed to inclusion.

Creating supportive spaces begins with the recognition that inclusion falls on everyone, not just HR. As Gomez-Ortega tells us, “You don’t need HR to watch [documentaries] or to educate yourselves on the trans community to ensure they are acknowledged in the right way. Any person or role can do that.”

She adds: “Everyone has the potential. Communicators have huge influence and power due to the amount of people they reach. They have the power to challenge bias and thoughts in subtle ways.”

One way communicators can challenge gender bias is through “explicit and intentional inclusion of trans people in communications,” says Gomez-Ortega. Such intentional inclusion “can help normalize our identities – challenging unconscious biases in the organization, including recruitment and hiring departments – and, hopefully, make it easier for trans people to be hired and survive.”

Trans people in Canada make a median income of only $15,000. In 2021, Forbes reported that cisgender people, with the same or even lower levels of education, make 32% more than trans people in the U.S. There are countless socioeconomic and material changes needed to ensure the safety and thriving of trans people, on top of cultural acceptance.

“The last thing we need,” Gomez-Ortega says, “is to see imagery and language that excludes us.”

She reminds us of the phrase “ladies and gentlemen” and its inherent exclusion of nonbinary and trans folks, who may be completely shut out by the phrase. “Ladies and gentlemen” also says something ideologically about what organizations think gender is: binary, static, and conforming – if you’re not a lady or a gentleman, we don’t see you.

Moving toward the more inclusive “folks,” “people,” and “humankind” is subtle but speaks volumes. Gomez-Ortega says, “Communicators have the potential to have that impact to be more conscious of the language they use and speak to.”

Moreover, she reminds us that 2SLGBTQIA+ people should not be relegated to one lane of content. “Trans people of color and trans people with disabilities have such a strong role to play within an organization and change messaging,” she says. “You don’t have to write an article about trans people [saying] that they matter. Include images of trans people, trans models, for stock photos. They exist.”

This goes beyond increasing trans representation just to meet some kind of “2SLGBTQIA+ diversity quota.” For Gomez-Ortega, it’s about communicators understanding, internalizing, and recognizing the value in being trans. What new insights about humanity, for example, could we learn if we asked and listened to trans people on a consistent, intentional basis?

Indeed, communications has a default audience: cisgender, able bodied, and white. The photos that creative teams choose to depict the everyday person, couple, or family are often heteronormative – the models look a certain way, belong to a certain class, and reinforce the norm that straight folks are the ideal target audience. Gender binaries create internal biases, which in turn feed the barriers and faults in our decisions, policies, and even architecture, all of which are absorbed into and felt in an employee’s everyday experience. They can simmer to create cultures of toxicity that are prime for gender-based harassment.

Unlearning these binaries has the potential to create opportunity and celebrate people to their full potential.

“People need to notice that value [of being trans],” Gomez-Ortega says. “Ignoring gender doesn’t help anyone. There’s beauty and strength in all of these identities.”

Underpinning our entire discussion is a sense that humility, compassion, mutual respect, and a willingness to try to do better all drive the path forward. I’ve seen many communicators internalize the belief that to be 2SLGBTQIA+ and gender inclusive is to follow a list of rules or a glossary of things you should and shouldn’t say.

Instead, Gomez-Ortega tells us, approach from a place of continuous learning and ongoing practice. “As a trans person, and every trans person is different, we want people to try. We’re not going to achieve it all at once,” she says.

As for the many mistakes we will make – mistakes that might upset, hurt, or offend people – Gomez-Ortega notes that it’s a misconception that the process of learning will stop, that we will reach a time when we will finally learn all the “right” words to say.

“It doesn’t work like that – we all make mistakes and we’re still learning,” she says. “Making mistakes is part of the learning.”

The fear of offending or hurting stops many communicators from even trying. Overcoming this fear is necessary to build supportive spaces, especially for those most marginalized by society.

Gomez-Ortega puts it perfectly: “Make a mistake, acknowledge the impact, and make a commitment to do better.”

Notably, what she doesn’t say is, “If you make a mistake, acknowledge the impact, and commit to do better.” Making mistakes is not a what-if; it is embedded in the process of crafting inclusive communications.

Communication is essential for the human spirit – it is essential to valuing people’s humanity and unlocking their ability to flourish. As communicators and leaders, we must recognize that we hold that power and use it to build workplaces of belonging. 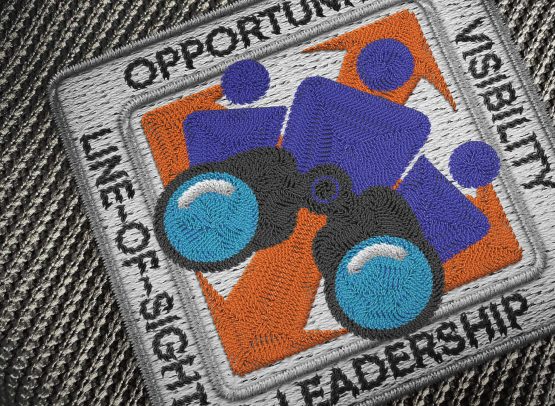 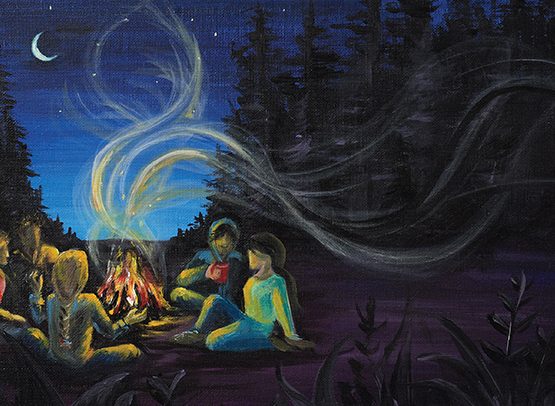 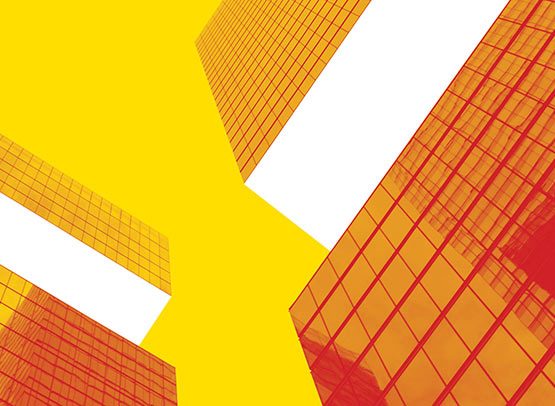 Getting employees onboard with Purpose: A discussion with Ron Tite, author of Think, Do, Say